In Bapsi Sidhwa’s novel Ice-Candy Man (1988) the partition of India is seen through 7-year-old Lenny’s eyes, herself a Parse. At one point she says

One day everybody is themselves – and the next day they are Hindu, Muslim, Sikh, Christian. People shrink, dwindling into symbols.

The novel shows how old friends become enemies because of their different religion. They promised each other eternal friendship, but the Partition eventually drove them apart.

Religion can be hard to defend, still when we travel we often visit temples and churches because they play an important role in many cultures. The Sikh temple, the gurudwara, always has a community kitchen. No matter how simple – or luxurious; every temple has a langar where food is prepared and cooked by volunteers and served to the poor – or to anybody else for that matter.

It’s a fascinating sight. In Gurudwara Sis Ganj i Old Delhi, people sit outside in the sun and prepare carrots and peas. Everybody can join. When I was roaming around inside, taking photos, my guide sat down and took part in the making of the rotis. – It feels right, she says. – I couldn’t just stand here, being idle…

All utensils were of a formidable size…. 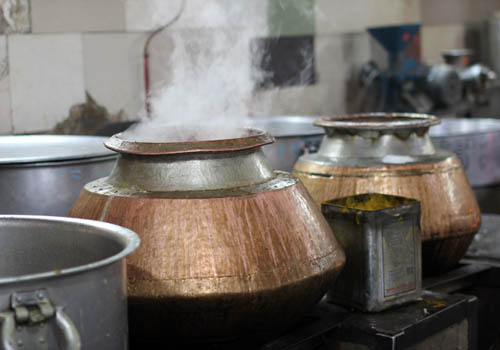 The men took care of the carrots, the women concentrated on the peas…. 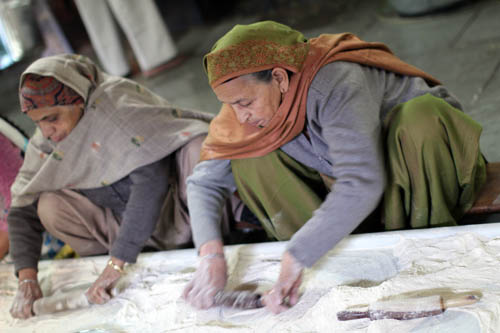 Inside, the women were busy with the dough… 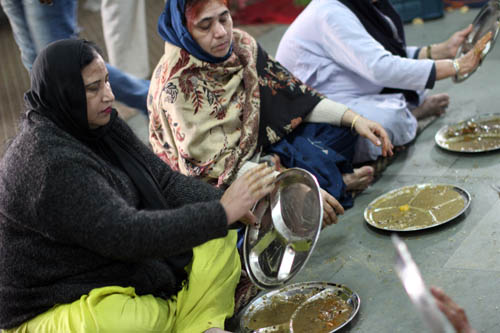 No food is wasted. These women take care of the food left on the plates:

And somebody has to do the dishes…..

A glimpse of the dining hall. 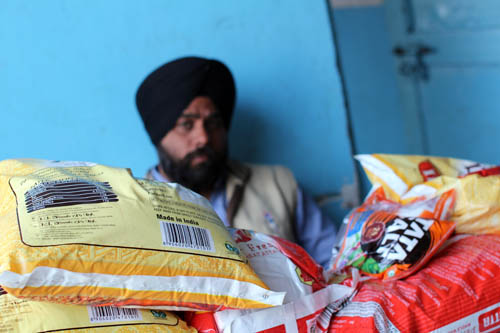